During my safe driving programs I discuss impairments and how they become a distraction while driving. I also discuss the advantages of wearing seat belts and the consequences for not. Recently I had a young man in a class that told me he “Just dozed off for a second” and rolled his truck over 3 or 4 times (pics below). He was wearing a seat belt and he walked away with a little scuff on the knee. He admitted he was fatigued which led to the crash and because he had his seatbelt on he only received a scuffed knee. Fatigue is one of the top impairments that causes distractions while driving. If your vehicle rolls over and you are not belted in YOU WILL BE EJECTED. Fortunately this young man now recognizes this impairment and the advantage of wearing a seatbelt. 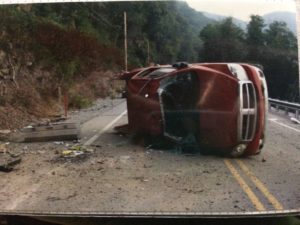 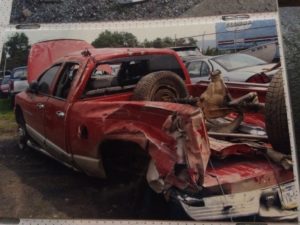 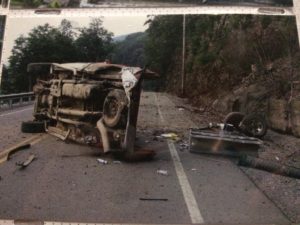